Czech media writes about Albania. Where to buy an apartment by the sea? 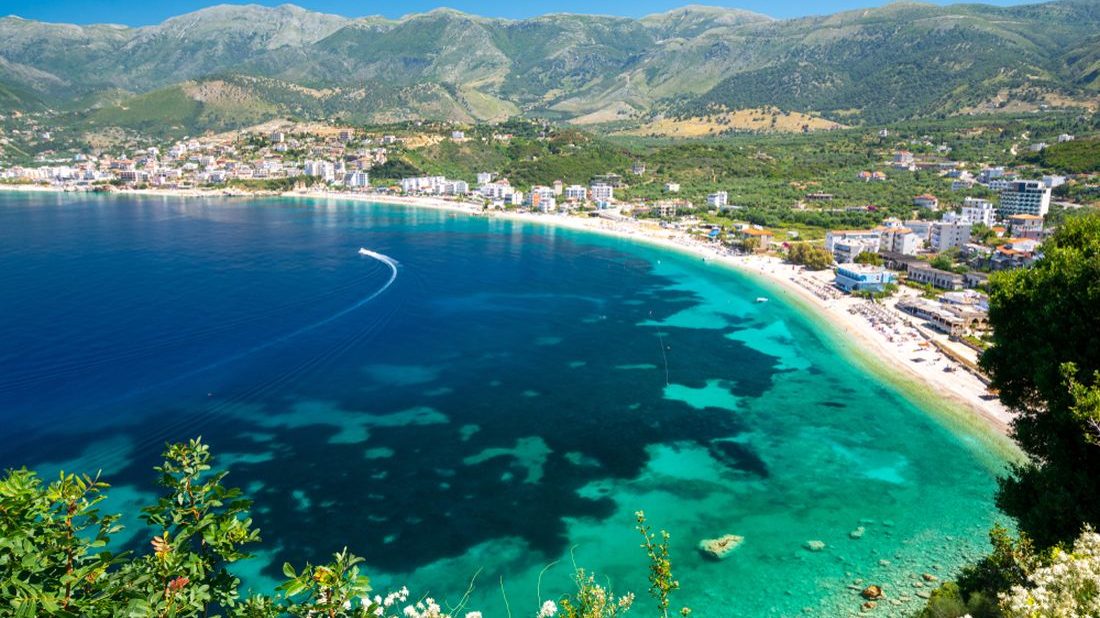 The Czechs discovered a new Croatia. Where to buy an apartment by the sea? Czechs love Croatia and vice versa. But mass raids on the Adriatic coast have caused many people to look for other quieter destinations. Albania, which is currently experiencing a huge boom in infrastructure, tourism and gastronomy, is gaining attention, with aging tourism being one of the pillars of the local economy. We tend to look at Albania as a neglected island in the Balkans. Despite past prejudices, Albania is now a safe and hassle-free country. Thanks to accession talks with the EU, Albania is rapidly raising the standard of service, while maintaining very favorable prices. The hospitality of the local people, monuments referring to the Roman and Ottoman history of the country and Mediterranean cuisine suggest that Albania can offer the same even more as Croatia's favorite Croatia. Improvement of conditions for tourism has attracted more enterprising Czechs, Albanian real estate agencies are already seeing increased interest in demand for investment real estate. Real estate prices have risen 30 percent in the last three years and further growth is expected. The relocation of private investors from overcrowded Croatia to the south is a long-term trend that has had a positive effect on the Montenegrin coast, which has developed tourism thanks to EU support. This resulted in rising prices for real estate and apartments to prices similar to those in Croatia - an average of 2,500 euros per square meter. Today's prices in Albania on the coast are around 1000 EUR per square meter. This is a very favorable price for a new apartment in Durrés (Durres), where a direct line from Prague flies. In the next five years, we expect an appreciation of EUR 2,100–2200 per square meter, ”says Daniel Mikulka for Successful Investments. The interest of tourists was also supported by the expansion of air connections with Europe, including low-cost flights from Prague, Berlin and Vienna with a frequency of 2-3 times a week. Durres on the Adriatic coast, with its almost 3,000-year-old history, has ambitions to become the capital of Albanian tourism. The historical part of the city will be transformed into a tourist zone with a modern promenade, a passenger transport terminal and a mooring for private yachts. The offer of apartments is, for example, wide in Drač. It is a new building in a modern neighborhood close to the beach and promenade full of shops, restaurants, cafes, stalls and bars. “From the airport you are on the beach in half an hour. You go on holiday to a place that is yours. When you are not heading to the sea, but tourists are flying there, you can rent an apartment, "describes Daniel Mikulka. THE FUTURE EUROPEAN TIGER? Economic indicators predict Albania as another promising destination for trade development. The Albanian economy is currently growing at a rate of 4.4 percent of GDP year on year. One of the biggest drivers of growth is tourism, which accounts for 14 percent of the Albanian economy. The country has opened accession talks with the EU, and important reforms are under way to revitalize growth and create jobs. In Albania, the Swiss and the Dutch invest the most. Of the Czech companies, the Czech company Forschner does business in Albania, and Preciosa, Budějovický Budvar, Paramo and ŠKODA are also represented here. https://www.living.cz/cesi-objevili-nove-chorvatsko-u-more-koupite-apartman-za-cenu-chaty-u-rybnika/
Read More 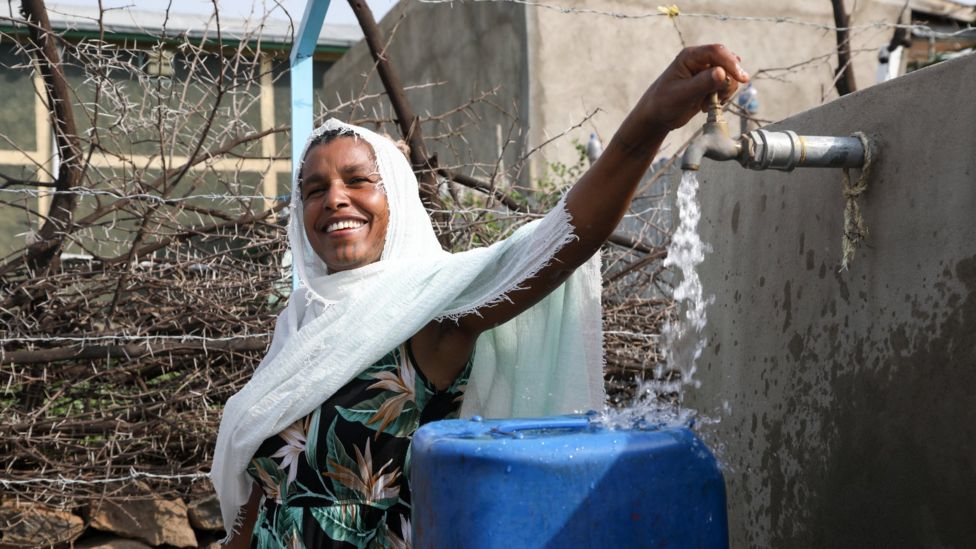 A leading charity has criticised the government's plan to reduce funding for overseas water and sanitation projects during the pandemic - as details of cuts in the foreign aid budget emerge. Funding for water, sanitation and hygiene bilateral projects will be cut by more than 80%, a leaked memo said. WaterAid's Tim Wainwright criticised the timing of "savage cuts". The Foreign and Commonwealth Development Office said Covid had "forced us to take tough" decisions. The government announced last year it would cut UK aid spending from 0.7% of national income to just 0.5% - which amounts to a reduction of more than £4bn - but has yet to confirm which programmes will be affected. The "temporary measure" was defended at the time as being supported by voters, with some MPs saying domestic spending should come first during the pandemic. This is just the start. There are hundreds of cuts to specific aid programmes that are just waiting to be revealed. The government is refusing to say precisely where the axe will fall. That's partly down to precedent - normally these figures are announced retrospectively. But it is also because the Foreign and Development Office has yet to make all the decisions. Aid charities say the government announced the global cut without remembering it had pre-existing commitments to multilateral funds - like the World Bank, the EU, and the GAVI vaccine alliance. This meant the cuts to bilateral aid funds would have to be even deeper and those decisions are hard. That is why support for programmes that provide water and sanitation or polio eradication is being reduced, even in the midst of a global pandemic. Ministers argue they have to cut the budget because of the impact the pandemic has had on the economy - and the UK will still be spending £10bn on aid, more than most countries.  But the cuts are now beginning to bite and for some of the most vulnerable people around the world, there will be real consequences. The UK contributed £176m to bilateral water, sanitation and hygiene projects in 2019 - so an 80% cut would represent a budget of around £36m. Mr Wainwright said there was "enormous support" for funding water projects among UK taxpayers "who have helped to bring clean water, good hygiene, and better sanitation to 62 million people in the last five years". He said clean water and sanitation were "the first line of defence against the twin threats of Covid-19 and the impacts of climate change" and urged the government to reverse the cuts "at the earliest possible opportunity". In the UK, the government has promoted hand-washing as one way the public can protect themselves from contracting coronavirus, including the slogan "Hands, Face, Space". A review of water aid projects published in March 2012 found "strong evidence that lack of hygiene (hand-washing) increases the risk of viral respiratory infections". https://www.bbc.com/news/uk-56910102
Read More

Self-driving cars to be allowed on UK roads this year 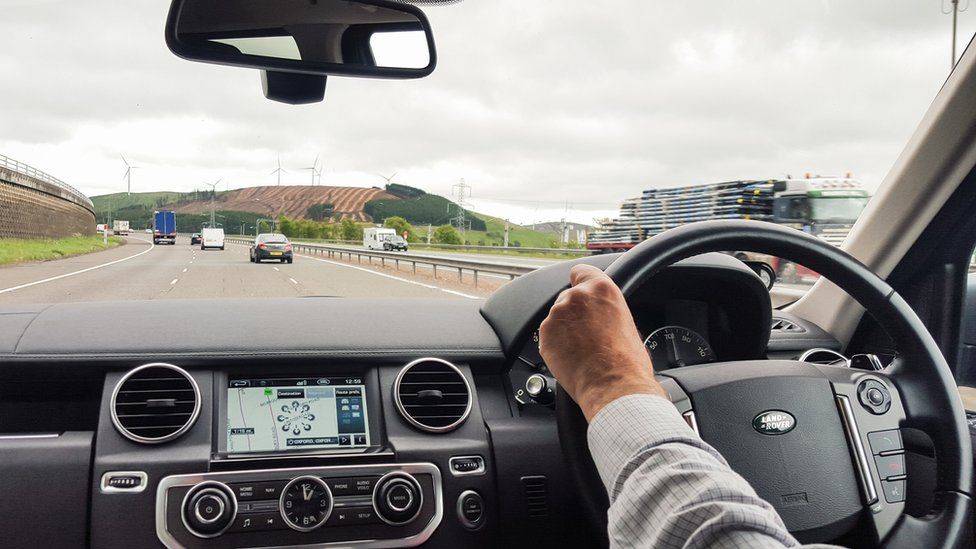 Self-driving vehicles could be allowed on UK roads by the end of this year, the government has said. The Department for Transport said automated lane-keeping systems (ALKS) would be the first type of hands-free driving legalised. The technology controls the position and speed of a car in a single lane but only up to speeds of 37mph (60km/h) But insurers have warned the government's definition of ALKS as 'self-driving' is misleading. Previously, the government had said these new laws would be in place by spring this year and told the BBC there was no delay in its suggested timeframes. Hands-free Following a consultation last year, the government has now said that vehicles with ALKS technology can be legally defined as self-driving, “as long as they receive GB type approval and that there is no evidence to challenge the vehicle’s ability to self-drive.”  The government confirmed that drivers will not be required to monitor the road or keep their hands on the wheel when the vehicle is driving itself. But the driver will need to stay alert and be able take over when requested by the system within 10 seconds. If a driver fails to respond, the vehicle will automatically put on its hazard lights to warn nearby vehicles, slow down and eventually stop. The Highway Code is now consulting on what rules will be put into new laws to make sure the technology is safely used. “This is a major step for the safe use of self-driving vehicles in the UK, making future journeys greener, easier and more reliable while also helping the nation to build back better,” said Transport Minister Rachel Maclean. “But we must ensure that this exciting new tech is deployed safely, which is why we are consulting on what the rules to enable this should look like.”  Human Error The technology could improve road safety by reducing human error, the Society of Motor Manufacturers and Traders said. “Automated driving systems could prevent 47,000 serious accidents and save 3,900 lives over the next decade through their ability to reduce the single largest cause of road accidents – human error,” said chief executive Mike Hawes. “Technologies such as Automated Lane Keeping Systems will pave the way for higher levels of automation in future – and these advances will unleash Britain’s potential to be a world leader in the development and use of these technologies, creating essential jobs while ensuring our roads remain among the safest on the planet.” Autopilot Tesla's so-called "Autopilot" uses lane technology similar to ALKS. It is considered "level two" on the five defined levels of self-driving cars. The next step - level three - would not need the driver's attention at all times, and in theory, the driver could do other things such as check email or even watch a movie - until the car prompts them to take over again. This is would include ALKS. However, there have been several incidents involving this technology when drivers did not pay enough attention to the road.  In 2018, a Nottingham resident was banned from driving after climbing into the passenger seat of his Tesla on the motorway, letting it do the driving. A fatal crash in the United States was caused, in part, by the driver playing a video game while leaving his car in "Autopilot" mode, before it drove into a concrete barrier. A recent report found that the feature can be “easily tricked” into operating without a driver, adding to the mounting criticisms over the marketing of these features as "self-driving", and whether that is misleading to customers. 'Tragic deaths' Thatcham Research, which conducts safety tests for motor insurers, urged caution over defining ALKS as 'self-driving', as the government has done. "ALKS as currently proposed by the government are not automated," said Matthew Avery, director of research at Thatcham Research. "They are assisted driving systems as they rely on the driver to take back control. "Aside from the lack of technical capabilities, by calling ALKS automated our concern also is that the UK government is contributing to the confusion and frequent misuse of assisted driving systems that have unfortunately already led to many tragic deaths. "Consumers will expect the car to do the job of a driver, which current models can't do." https://www.bbc.com/news/technology-56906145
Read More