Not vaccinated? Here's what you risk around the world 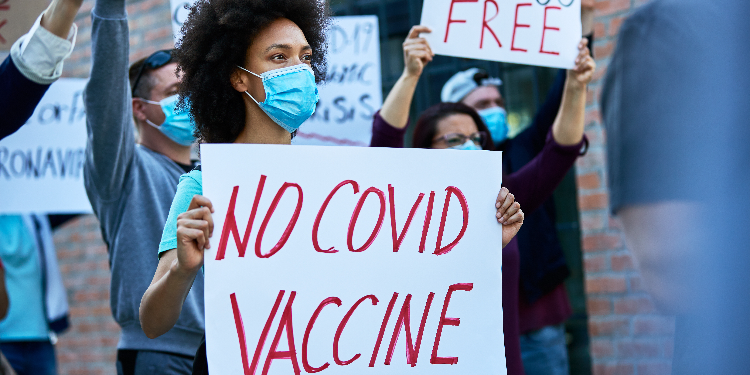 Germany, the Netherlands, Ireland, Belgium, Greece, Poland... Countries are tightening their restrictions to fight against the resurgence of COVID-19. Their target: the non-vaccinated. Filling up hospitals, they also display the most serious symptoms of COVID-19. Where in the world is it the hardest to not be vaccinated ? Pressure on unvaccinated workers and health workers With an average of more than 30,000 new cases per day, Germany is steadily tightening its restrictions against COVID-19, especially for the unvaccinated. Since November 1, unvaccinated employees who are forced to self-isolate or who are unable to work because of the COVID-19 measures no longer receive salary compensation. Klaus Holetschek, Bavaria's Minister of Health, is adamant: "The non-vaccinated must be responsible. Bavaria is one of the strictest states in terms of the fight against COVID-19. Expensive PCR tests for the non-vaccinated, activities restricted to them... Jens Spahn, Federal Health Minister, agrees: "It's not about pressure... but about fairness towards the vaccinated. Why should others pay for someone who decides not to be vaccinated? The issue is also stirring debate in Greece. Since November 6, unvaccinated employees have been required to submit two negative Covid-19 tests per week in order to work, compared to the one test required until then. The tests are at their expense (about 60€ per test). Similarly, any non-vaccinated person must now show a negative PCR test before going to administrative services, most shops, banks, restaurants, cafés... Any institution not respecting this risks a €5,000 fine and 15 days of administrative closure. For the non-vaccinated, the penalty is already there. But nothing yet regarding places of worship. The non-vaccinated are mostly the elderly. Other states, such as Nigeria and Zimbabwe, have banned the non-vaccinated from churches. In Norway, unvaccinated healthcare workers are being targeted: they must now be tested twice a week and wear a mask. Hungary is stricter: “Companies can now require staff to be vaccinated," announced Gergely Gulyas, head of the cabinet of the sovereignist Prime Minister Viktor Orban. Those who are reluctant will have to take an unpaid leave and may be dismissed after a year. In Latvia, the vaccinated are separated from the non-vaccinated. For the latter, they are obliged to do their basic shopping in certain authorised shops only. Lockdown and restrictions for the non-vaccinated Lockdown is back. The Netherlands, Austria, Russia and China all under partial lockdown. Austria has been putting the non-vaccinated under lockdown since November 15. Initially for 10 days, the measure could be extended. The pressure tactics are bearing fruit, though. Vaccination centers are filling up again. The lockdown is even longer in the Netherlands: three weeks, with curfew and closure of essential and non-essential areas (8pm for the former, 6pm for the latter). But after these three weeks, only the vaccinated will have access to restaurants and leisure outlets. The non-vaccinated, even with a negative PCR test, will not have access. Russia has also introduced a compulsory lockdown of non-vaccinated people over 60 years old since October 25 (until February 25, 2022). Faced with the health catastrophe, the country is trying to react and is multiplying the anti-COVID-19 measures. China is the most strict country in the fight against COVID-19. In the country of zero tolerance, lockdown is required at the slightest suspicion of a cluster. The latest case: 1,500 students locked in their dormitories following an outbreak in the city of Dalian, in the northeast of the country. Get paid to get vaccinated In the United States, American companies are supporting the vaccination campaign in their own way: rewarding the employee and preserving the company's competitiveness (collective immunity, reduced risk of sick leave). A win-win offer that appeals to employees. At Aldi, they offer 4 hours of salary, two hours per dose. Lidl prefers to focus on the financial advantage: $200 for each employee who agrees to be vaccinated. For American Airlines, it's 1 extra day of paid vacation and $50 in rewards points. McDonald's also opts for 4 hours of paid time off. Various states have undertaken similar actions: free vouchers, discount coupons from partner merchants... Initiatives are flourishing in other countries around the world. In the north of France, a shopping center took advantage of the installation of a vaccination center on its premises to offer discount coupons from partner stores. The same operation was carried out in French Guiana, where a supermarket distributed €5 vouchers. However, these initiatives are not always welcomed.  Skeptics and anti-vaccine activists see them as an instrumentalization and call for a boycott. However, their voices do not carry much weight when compared to the concrete benefits of a vaccination combined with a monetary bonus. In Japan, restaurant owners' initiatives are welcomed: free vouchers or a free product to encourage vaccination. Japan, criticized by the international community for its delay in vaccination, is now a model. In just four months, it has caught up with, and then surpassed, the major countries, which had started their vaccination campaigns several months before it. As of November 16, 76.1% of the population is fully vaccinated and 79% has received at least one dose.  All these incentives seem to be bearing fruit: the non-vaccinated are rushing to vaccination centers. Some of them claim that they are doing the right thing and that they had formerly been afraid to be vaccinated. Others speak of "policing", of stress increased by all these restrictions that prevent the non-vaccinated from living. What about freedom? Last Sunday on the set of BFMTV, the French Minister of the Economy Bruno Lemaire sees it as a selfish drift and takes up the famous quote: "My freedom stops where the other's begins." And the minister appealed, like his German counterparts, to the responsibility of all to finally defeat COVID-19. https://www.expat.com/en/expat-mag/6269-not-vaccinated-against-covid-19-what-are-the-risks-in-your-expat-country.html
Read More

Could the booster dose become essential for travelling? 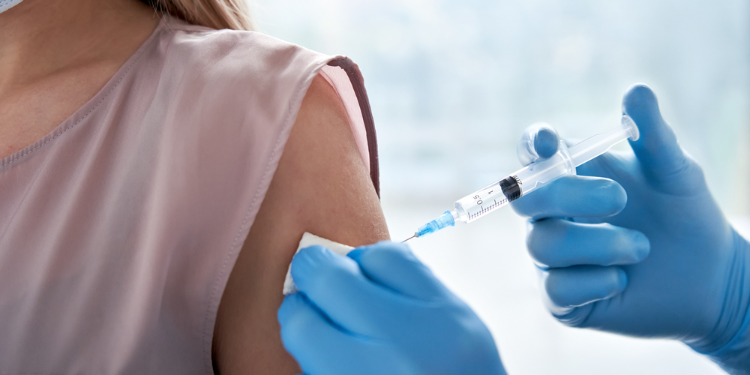 With the new pandemic wave worldwide, vaccination against Covid-19 remains a major concern. The booster dose adds to the ongoing debate. States are stepping up their vaccination campaign, with some considering making the booster dose a mandatory entry condition. Others prefer to reserve this third dose for vulnerable categories of people. The end of year season kickstarts the celebrations and increased travel period. So what should travellers and expatriates expect? Israel, the pioneer in vaccination It's uncertain whether the world is ready to follow the Israeli model. Still, the country was one of the first to embark on a massive vaccination campaign. The campaign is ongoing, and, as of last summer, many elderly and frail people have already been considered for the booster dose, which will then be extended to healthy people. The eligibility threshold dropped as the Delta, and the latest Omicron variants threaten the country's balance. Now, all children over 12 can receive a third dose of the vaccine, considering the current sanitary situation. Israeli Prime Minister Naftali Bennett considers this booster dose a "privilege that other countries do not have." As such, the Israeli green pass is only valid for six months. After that period, the booster dose is possible. The booster dose is also required for any foreigner travelling to Israel. The WHO's opinion on the booster dose Has the booster done become essential for international travel? In France, the Scientific Council and the Vaccine Strategy Orientation Council (COSV) seem to be taking the lead. From December 15, the health pass will be conditional on obtaining the 3rd dose for those over 65. Besides, France is opening the booster vaccination for those over 50 as of December 1, but this should not affect the health pass, at least for now. Ultimately, the aim is to ensure that the entire adult population has got their booster dose for their health pass to be considered valid. Travellers to France would therefore also be affected. However, the WHO believes that the booster dose for non-priority people can wait until January 2022. The Organization still recommends triple vaccination for fragile people, the immunocompromised, and those who have received Chinese vaccines (which are less resistant to the new variants).For Tedros Adhanom Ghebreyesus, Director-General of WHO, it is "a scandal" that must be stopped immediately. He believes that it does not make sense to give booster doses to healthy adults or children when health workers, the elderly, and other high-risk populations are still waiting for their first dose of vaccine in other parts of the world. For the WHO, it is clearly impossible to eradicate Covid-19 with such vaccine inequality. Barely 5% of the population is vaccinated in Africa, and contamination rates are probably underestimated. Figures look a little more promising in South America, where 20-30% of the populations are vaccinated), but it's still far below the rates seen in states with access to vaccines. Could the booster dose become a general travel requirement? It's still unsure whether all States will backtrack and follow all WHO recommendations. In Croatia, the vaccination passport has become perishable since last August - precisely nine months after the last injection. The same applies to Austria. Switzerland, on the other hand, extends the validity of the vaccination passport to 1 year. Israel remains one of the most restrictive countries with 6 months of validity.Triple vaccination travel has not become the norm yet. Still, the long-term validity of the health pass seems to depend on the booster dose in many countries. Faced with the health emergency, Germany is making urgent appeals to the unvaccinated people and accelerating the booster dose campaign. For the German Minister of Health, Jens Spahn, taking the booster dose after six months must become the rule and not the exception. On Monday, November 22, the minister made an alarming statement: "It is likely that by the end of winter, almost everyone in Germany will have been vaccinated, will have recovered or will be dead". While some say this cynically, the current situation looks dramatic in Germany. The government made it clear that the country's future is at stake.The United Kingdom is considering similar arrangements while reassuring expatriates that they will be able to come and spend the Christmas holidays in the territory even without the booster dose. The United States and Canada have not made the booster dose mandatory either. While it is clearly recommended for all adults, there is no obligation yet for it on travellers to get it done.The aim of most States today is to save Christmas. Caught between the resurgence of two highly contagious variants, Delta and Omicron, there is a real threat to economies. The current crisis makes it hard to impose the booster dose on people. Moreover, the deadlines are too short, and the Christmas period is too important to miss out. The new pandemic wave has already shattered the too many travel and immigration plans that have been delayed on and on. While the WHO urges states to follow its immunization policy plan, there are reasons to believe that the booster dose will soon become the rule. https://www.expat.com/en/expat-mag/6311-covid-vaccination-which-countries-require-the-booster-dose-for-travellers.html
Read More 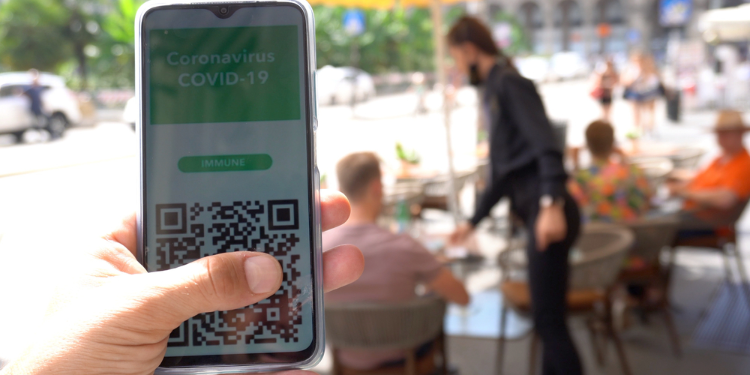